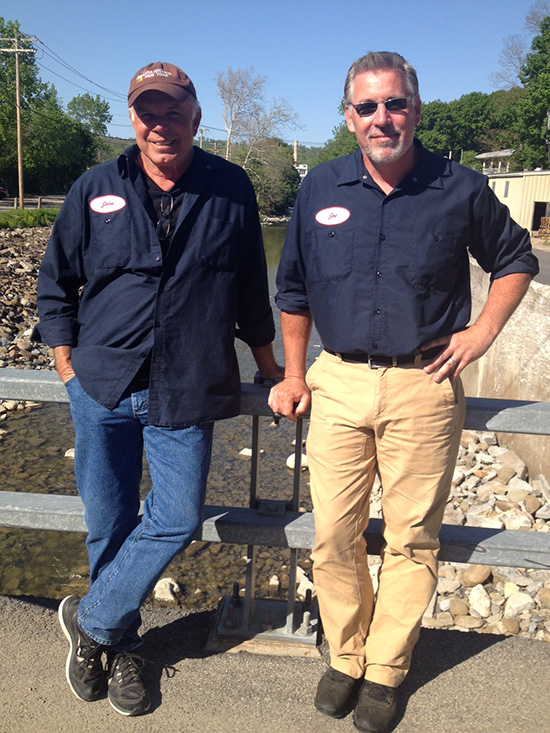 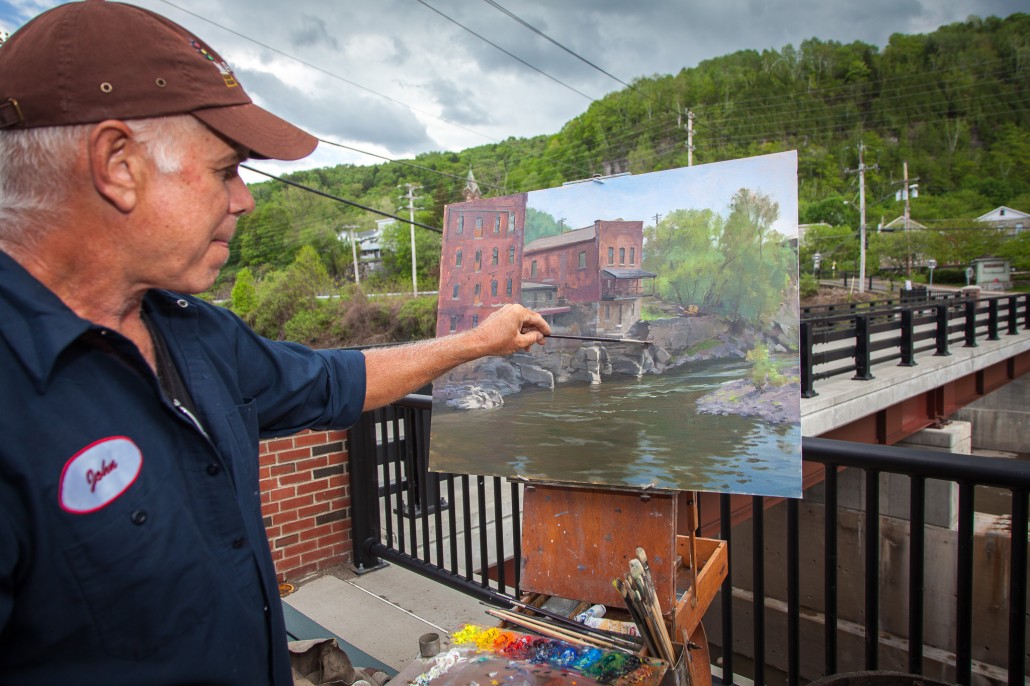 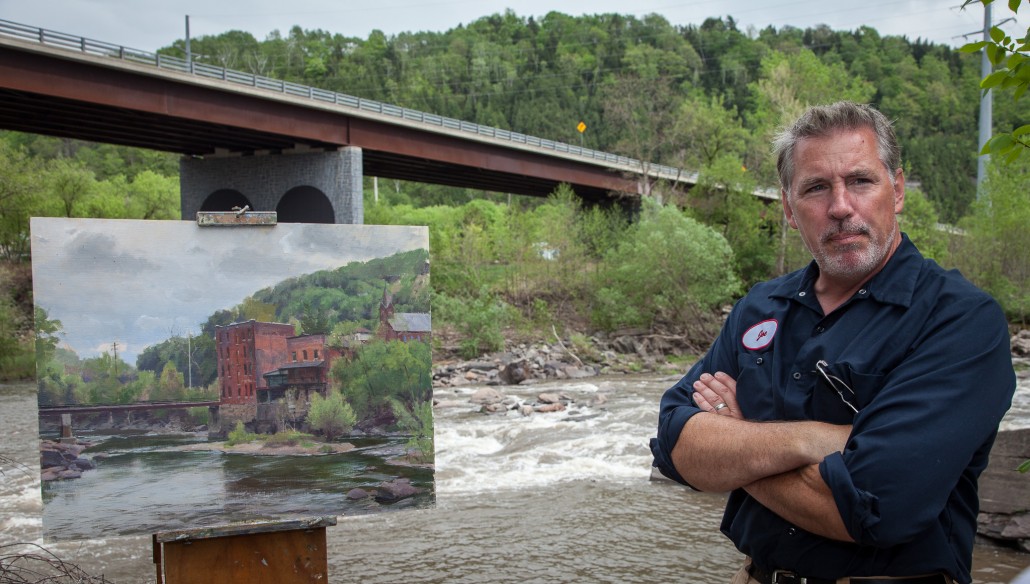 I awoke and immediately peeked through the shades and was shocked to see the stoplight signals blowing horizontally in the 60mph gusts. After the initial cursing died away, we decided to load up our gear and scout the areas we had researched via Goggle Earth.

Our first stop in Erie was an old factory bar with a covered Bocce court attached with a steel plant behind. Finally, some roadside subject matter to paint. In all of the cities we have painted it has been challenging to find restaurants & watering holes which served the industrial workers. The neighborhoods looked promising, but in many cases were too dangerous to take a chance on.

This has been one of our challenges with the project. Often the only safe option is to paint in close proximity to one another. Spending a great deal of time in such places definitely heightens one’s intuition (i.e. shit detector) and we have both learned to pay close attention to it.

We continued NE toward Buffalo through Ripley – a one road town, another wonderful, sad collection of empty buildings.

Had lunch in the town of Westfield, then a short walk through town and saw a video/sundry store where the foreclosed owner simply left town and with everything still on the shelves.

Continued North until we overlapped our tracks from our last trip to Buffalo. We turned South to the town of Dunkirk and spoke with a young woman who said, “It’s all closing – everything is closing” and recommended we check out what was once a very large steel plant now with a handful of cars in the parking lot. We drove around the huge footprint of the property, ending up at the back gate and its empty Human Resources building.

Perhaps it was the sum total effect of what we had already seen that day, but I was hit by an oppressive wave of sadness, unfortunately a familiar one: Easton, Bethlehem, Allentown, Superior and so on. These towns are such thin shadows of what they once were.

Driving away on the cracked concrete streets I would catch glimpses of a mother and kids playing in their yard, an old man raking and wonder how so many bewildered people redefine their lives after generations of being able to count on something — it breaks your heart.

Conneaut was our next stop and we located a wonderful, large old port facility once part of Andrew Carnegie’s “Vertical Empire.” All the machinery there is on a God scale – everything seemed monstrously large.

We tried to speak to the port Manager and were denied any access to the site. Only the view from the parking lot above was available to us. 9/11 changed everything – getting access anywhere has become all but impossible.

It was late in the day by the time we headed to our final scouting location — Ashtabula and found a wealth of possibilities. The old neighborhoods were still intact, the port was still in operation.

We stopped into the Ashtabula Maritime Museum and old man by the name of Jack Perskari, a self-proclaimed “harbor brat”who grew up in town, as a child swam around sunken wooden ships and worked in the engine room on a lake freighter for four years.

When Jack was a child, his Grandfather, the local blacksmith, warned the family to stay away from the area in the summer months. Bridge Street, he said, at the time was one of the most dangerous places on  the planet: ‘Anyone who wanted a fight could find one.’ Hard to believe now with it’s trendy coffee house and artesian chocolate shop. He told us too about the gigantic, prehistoric – looking Huletts (ore-loading machines), each weighing 950 tons which lined the harbor for loading and unloading ore. When ships began to have self-loading capabilities, the Huletts were cut up for scrap and the harbor lost 600 jobs.

When I asked him how things have changed, he said ‘There was a time when you could have job for as long as you needed one. People weren’t just a piece of meat…’

Hundreds of miles, many towns – so many stories, so much history.
When you are on the road you can’t waste time.
It’s very difficult to process so much loss in one day.

It is clear to me how much bigger the project is than us — and how important it is to tell the story.